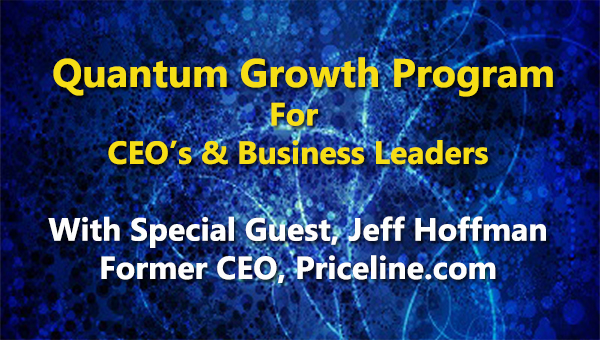 "What lies behind us and what lies before us is tiny compared to what lies within us." - Ralph Wald Emerson

This landmark event was held with a sold out group of CEO's and business leaders.  Jeff Hoffman, Elizabeth Davidson and Val Jon Farris shared leadership strategies for leadership and business scaling .  Today's radically changing marketplace demands a quantum leap, not just in our business practices, but with respect to who we are and how we engage in business itself.  The days of “follow the leader” are over in that every one of us, regardless of our role must be a leader within our own right.  This self-initiated approach to leadership reflects the original definition of entrepreneurship, or “one who undertakes command.”

This command however has nothing to do with authority or control, but rather invites us to set our personal agendas aside and access a wiser inner resource called the “SupraSelf.”  (Supra means “above and beyond,” a very real aspect of our leadership identity existing outside the limitations of our ego or willfulness.)  Quantum Growth is a deeply experiential day-long event that inspires and educates through the following presentations and real-time labs:

SupraVision: A Quantum View of Leadership

“Vision” is not a static forecasting or values alignment tool, it is a generative stance from which extraordinary results arise. This “Supra” stance redefines Vision and equips leaders to produce a quantum leap in performance and results. “SupraVision” embodies the generative qualities of initiation, personal resolve and passion, alignment, execution and follow through.

Having a well-designed plan that seizes a specific niche market is essential to success. A start-up team must create a clear roadmap, identify a key target segment, craft an iron-clad value proposition, acquire and utilize customer intelligence, align on effective branding and marketing, and develop sales readiness with all client-facing staff and alliance partners.

While a well-designed go to market system is essential, it is insufficient to ensure success. Unless executed with superlative leadership and “adult supervision,” even the best plans fail. A go to market must be driven by extraordinary commitment, undying grit, total team alignment, exceptional create buy-in, excellent coaching and managing, and producing rock-solid sales.

The “S” of Strategy: Foundational Implementations

Strategic planning and implementation is essential to a start-up navigating its way into a profitable position. There are five key strategies to engage in; leveraging the positive disruption of maximizing positive command and minimizing negative control, winning a specific market niche, establishing a high-performance culture and learning to “run lean” while maintaining minimal risk.

The “C” of Capitalization: Attract and Optimize Funding

Only those firms with a solid business plan, superlative executive team, a winning product or service, and impressive sales track record, have what it takes to succeed.  Once secured, funding must be managed through reality-based budgeting, a team that optimizes revenue and scales with clear benchmarks and accountability for income, expenses and reinvestments. 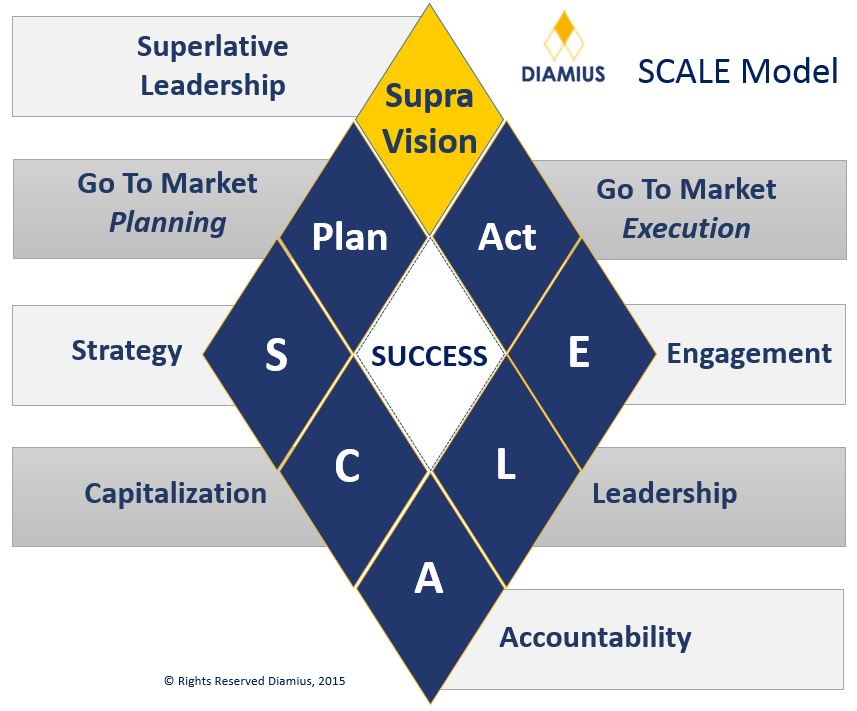 The “A” of Accountability: Being A “Leader of One”

While leading others is an important aspect of a thriving enterprise, leadership begins within and with ourselves. Being a “leader of one” is about being a demonstration of the traits, behaviors and actions we expect from others. Maintaining a positive attitude, holding ourselves accountable, following through, having integrity, authenticity and transparency are the ways of a true leader of one.

The “L” of Leadership: Creating A “SupraSelf” Culture

As members of the workforce develop their leadership, the culture transforms into a highly optimized environment in which superlative results are the standard rather than the exception. A “SupraSelf” culture is fostered in which members subordinate their ego agendas for the greater good of all, an approach that promotes quantum leaps in performance and results.

The “E” of Engagement: “Full-Out” Participation

Employee and client engagement is essential to the rapid scaling. Once a leadership culture is established, it is sustained and expanded through management policies that foster full participation in which the workforce has a clear vision and business imperatives, a unified brand representation, dynamic customer intelligence and clear advocacy metrics. 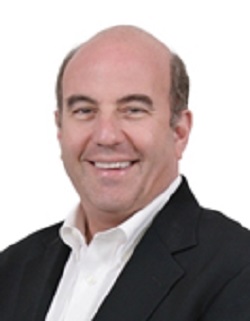 Jeff Hoffman is a successful entrepreneur and motivational speaker. In his career, he has been the founder of multiple startups, he has been the CEO of both public and private companies, and he has served as a senior executive in many capacities. Jeff has been part of a number of well-known companies, including Priceline.com. uBid.com, CTI, ColorJar, and more.

Today Jeff serves on the boards of companies in the US, Europe, South America, Africa, and Asia. He supports entrepreneurs and small businesses on a worldwide basis, serving on the global advisory boards of Global Entrepreneurship Week (supporting entrepreneurship in over 130 countries), the US State Department’s GIST program (Global Innovation through Science and Technology, working in 49 emerging nations), the APEC Startup Initiative (the Asia Pacific Economic Council’s 21-member nation association), and many others. He supports the White House, the State Department, USAID, and similar organizations internationally on economic growth initiatives and entrepreneurship programs.

Jeff is a frequent keynote speaker, having been invited to speak in over 50 countries. He speaks on the topics of innovation, entrepreneurship, and business leadership, and is currently writing a book on how to scale a business, which will be published worldwide in the summer of 2014. Jeff also teaches innovation workshops to major corporations on a regular basis.

Jeff received a Lifetime Achievement Award from the national CEO council for his contributions to the field of entrepreneurship, as well as receiving the 2012 Champion of Entrepreneurship Award from JP Morgan Chase, Citibank, and Rising Tide Capital.

Outside of the world of technology, Jeff has produced movies in Hollywood, has produced musical events including concerts, tours, and charity events with such artists as Elton John, Britney Spears, NSYNC, and others, and serves on numerous charity and non-profit boards.
LinkedIn Profile For Jeff Hoffman 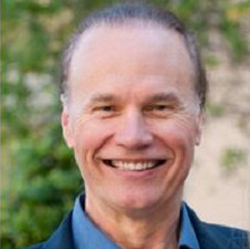 Val Jon’s areas of expertise is in designing and implementing large-scale workforce leadership initiatives that operate above and beyond the scope of ordinary business development.  His unique personal approach and anecdotal style taps into the extraordinary leadership resources residing within the most brilliant faculties of the human mind, heart and spirit.

Val Jon is also highly respected C-Suite mentor and works with executives and business leaders around the world developing their human and business acumen.  He is a senior member of Sir Richard Branson’s Extreme Tech Challenge Academy and is currently providing business scaling and leadership coaching for some of the world’s top innovators and entrepreneurs.

Val Jon is an honorary recipient of numerous enterprise-level Leadership and Learning & Development awards and commendations, is an award-wining author and a featured business leadership columnist for the Huffington Post. LinkedIn Profile URL for Val Jon Farris

Co-Founder and Chief Engagement Officer of Diamius Multinational, Elizabeth Davidson is a rapid business growth expert and has mentored professionals from around the world.  She is on Sir Richard Branson’s Advisory Counsel for the XTC Academy, which empowers visionary entrepreneurs the world over.

The Quantum Growth Program With Special Guest, Jeff Hoffman was conducted Saturday, February 21st, 2015.  We had a sold out event! Stay tuned for our next scheduled event.

The Day was held at the Luxe Sunset Boulevard Hotel, Classic Hollywood Glamour. Decorated by famed interior designer Mary McDonald, the 162 guestrooms and suites at our Bel Air hotel retain simple elegance while featuring the latest in comfortable amenities for your stay. Relax on plush designer linens and deluxe feather comforters while you recount a day spent in exciting Los Angeles. (Click here to visit their website.) 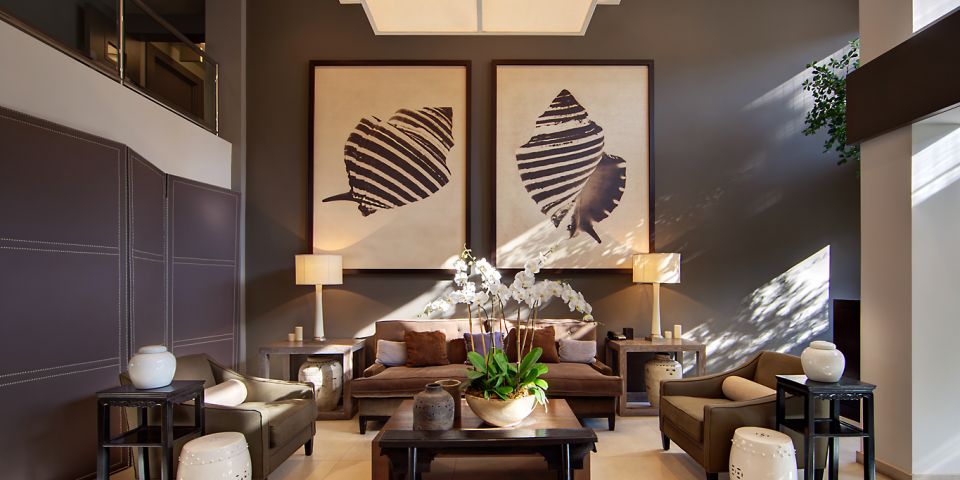 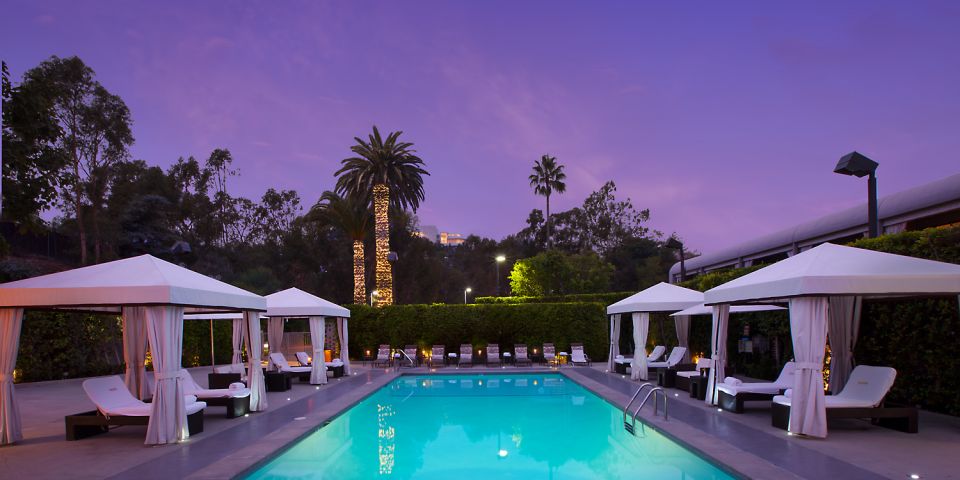 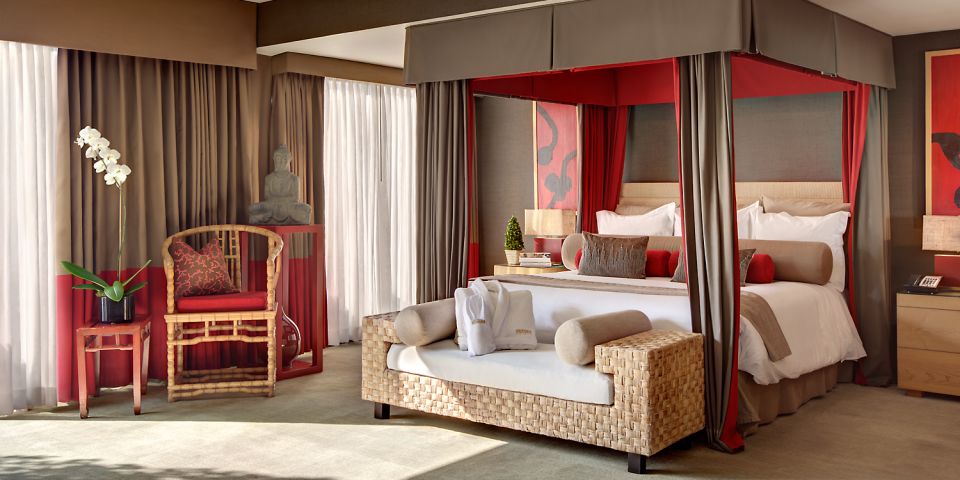 For more information or if you would like to be placed on the waiting list for our next Quantum Growth event please send us a message using the form below.